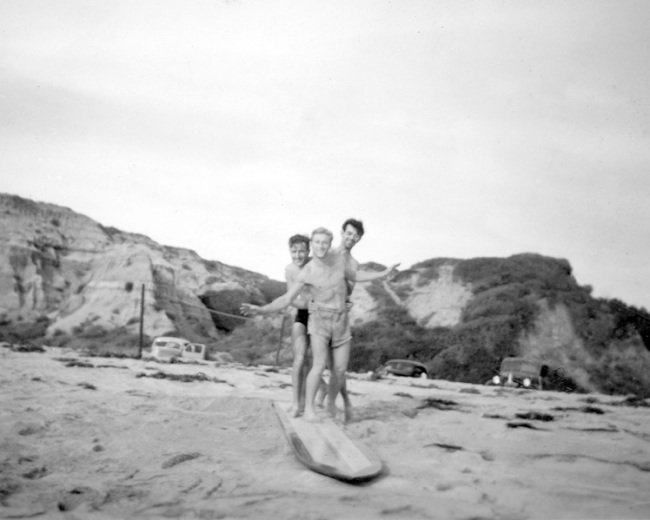 Here’s 3 photo’s that my brother-in-law scanned.  The one with him and the bellyboard with Ed Shumpert’s mermaid I don’t ever remember seeing before. That board is from the time that we were surfing Grandview back in the late 60’s. My Dad gave that board to the Belly Up Tavern and the last time I was there is was still up in the rafters. They had a party there for my Dad after he died. Ed Shumpert later did the sculpture of Duke Kahanamoku in Huntington Beach. He also shaped for Ocean Pacific Surfboards before it became the surf clothing company using the logo designed by Ed. The picture of the three guys on the board must from way before I was born.
Buzz

2 thoughts on “Photo identified as “Blodgett on Surfboard.””