…but not for long. He’s headed back to Hawaii at the end of next week. “Everyone hates me,” Stephen told me recently after running into a couple of fellow surfers at a parking lot (as usual for the Strait, ‘almost’ surfable waves). “Steve,” I said, “you’ve been gone for, like, four months, not having to work, warm water, real waves… I hate you.”

“Oh,” he said. Yes, an under-the-breath chuckle, possibly even a chortle; actually not even under-the-breath laugh did not miss my notice. We then discussed the difference between jealousy and envy. “Not quite to envy,” I offered. “Oh, that’s good, I guess.”

Now that he’s back, and not that I’ve been able to hear details on some of the adventure stories Steve has alluded to, here are a couple more shots from deepest, southest Baja: 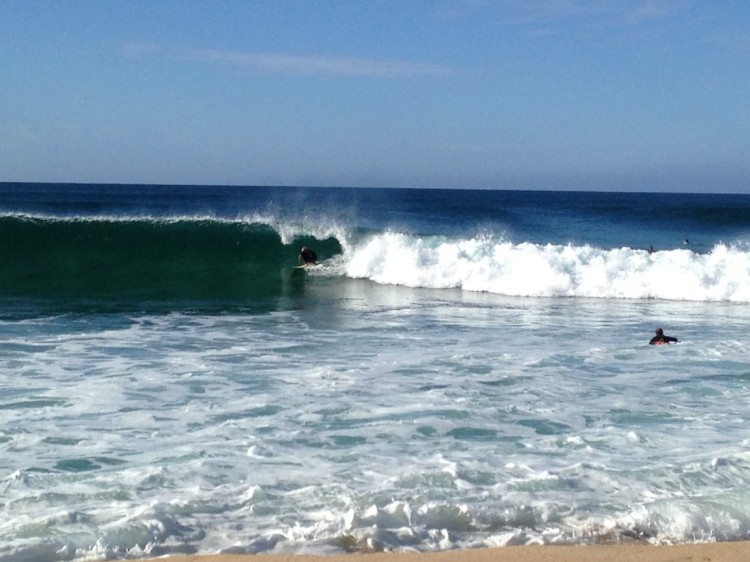 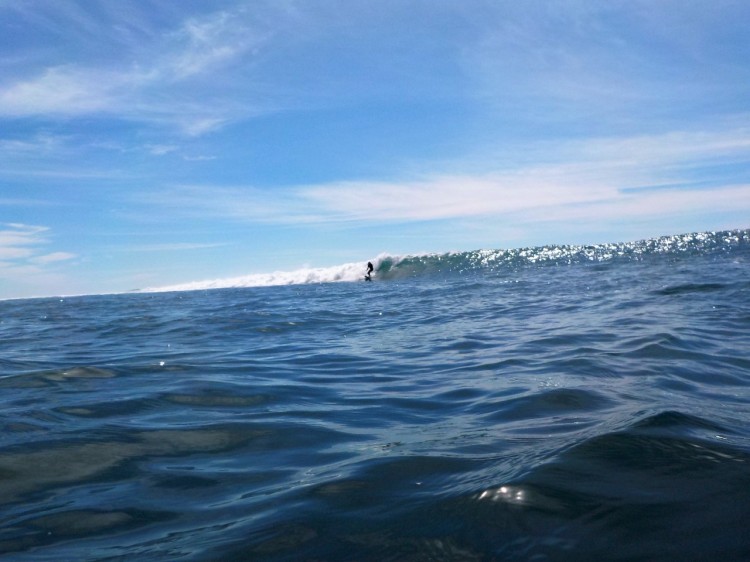 The first photo is of some city where they, apparently, have nightlife designed to lure surfers who actually only came to the area to surf, kite surf, read, write, get in touch with greater truths.   The second is of Stephen’s friend, Matt Stokes, at some obviously overcrowded, overgringoed spot.   The bottom shot is of Stephen in the casual stance he sometimes assumes when not, in a Stephenism, “pig-dogging it; packing a bomb.” Wave. He means a bombing wave. He means… hey, you know what he means.

Meanwhile… still no waves on the Strait of Juan de Fuca. Next time, I promise, some details on, at least, the story of the stolen passports, chasing the culprits, watching the Federalies in action.

…and two new realsurfers Coloring Book possibles. First, Stephen is back in the cold, snowy and great Pacific Northwest after, I’m not sure, but a long time away, Hawaii, Baja, California, Oregon. He hit Seaside yesterday, just in time for slight offshores to change back to howling onshores. I actually tried to find him in the parking lot on the… geez, is this a secret?… camera. The movement of the camera was too jerky and I was getting competing phone calls about work, real life stuff; never caught him or his van (the camera seems to usually be focused in on something other than the actual waves; which is fine) did catch the beginning of another round of sleet.

Next, evidently, after making some money, Stephen is planning on returning to Hawaii, but not before he fills in a few details and shares a few stories.

Money. Yeah. If he’d had more, Steve says, he’d have stayed longer. Not much sympathy from me, actually.

As always, I showed Trish the new illustrations. “Uh huh,” she said of the “speed line” drawing, “You should add some flowers,” of the second one. “It’d be more… I mean, I’m thinking this is black and white and psychedelic, but, flowers…?” “People like flowers,” she said. “Uh huh” I said. Saving one without flowers, I’m going to add some flowers. Like everything, more later.

I’ve been signed up for the Facebook thing for a while, but haven’t really used it. It seems, however, the best way to keep up with my currently far-flung friends, Archie Endo and Stephen Davis, is by navigating/scrolling/checking, and, probably to save some time, missing a few heartfelt/heart-rending/humorous/political/other postings, ‘liking’ any (and all) by my wife, maybe commenting if I just can’t resist (OH, and happy birthday to my youngest child, Sean, who posts under at least two pseudo-names;  by typing in their names. Again, since this sentence was so long, Archie Endo and Stephen Davis (no, not the preacher from the south or the teacher from the northeast).

Archie, to update you who are not up to date, is still in Bangkok, Thailand, though out of the hospital; going there daily for rehab; and may be coming back to the Pacific Northwest in the next couple of months. He says the effects of his stroke may decrease his ability to surf, particularly in our cold water.

First, Archie, this handicap may make him and I more even in our ability to surf. Second… Well, how about Mexico?

This is Mexico. It may or may not be Stephen. Okay, it’s a photo taken BY Stephen Davis OF Matt Stokes, obviously FROM the water. I’m positive Stephen found his way into similarly desirable tube positioning. Desirable/enviable.

OKAY, so Stephen won’t tell me exactly where he is, but he has been down there long enough that my jealousy level has almost gone up to resentment. He has sent/posted a few photos. I keep writing to tell him I’m going to take some of these images and post them on this site, all the while encouraging Steve to write down some of the tales he’s, no doubt, living.

How do I know adventures are happening to and with Stephen, down there with the gringo pirates and painters and plunderers and (now I’m guessing) punk-ass dealers and two-and/or-four-wheelers? I know because Steve attracts adventure.  Or maybe adventure is attracted to him. I’ve told him from the first time we met, and I’ll tell you; Stephen is like a real life and modern day “Candide” (maybe you’re more familiar with the updated version, “Candy”); he approaches life with a sort of innocence, that filtered through his own particular set of neuroses (I think that’s the plural form- and his are different enough from mine that we can comment on them not that this lessens them for either of us, but it might help). We’ll get the stories, eventually; but for now, keep living it. We’ll discuss it all later. I can wait.

In case I have to say it: Stephen is one of my favorite people; and I’m not trying to be negative at all. What he is is real. 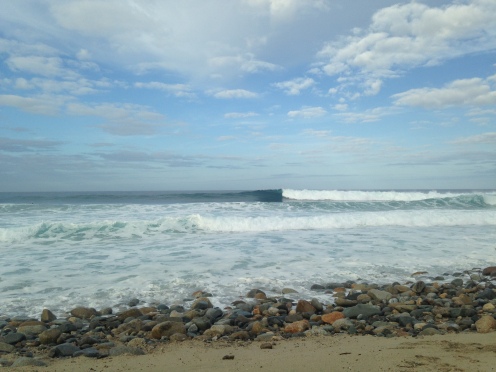 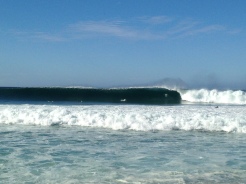 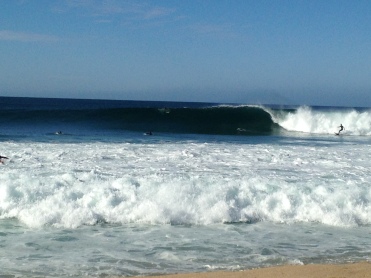