My artistically talented sister, Melissa Lynch, has shifted her focus, somewhat, to doing some sculptures. Actually, she’s on a sculpture bender of sorts. And, off course, she excels. I’ve been bugging her to do another drawing (as many as she’s willing to do, really. Really) for realsurfers. What I’ve asked for is something to illustrate “The Other Other Woman,” wherein I can discuss (further) my belief that, for many of us, surfing and the love of surfing, is the competition for the affections of our real love.

Illustration-wise, I asked Melissa to do a nude; tasteful of course; with the waves beyond fully rendered, and the woman in the foreground somewhat out of focus, but with enough detail to show the woman is  intentionally alluring.  Okay, mind blip while I consider the “You’re looking at the surf, aren’t you?” backstory. If I drew it, despite having once done a lot of nudes, I might be considered (or discovered), um, slightly more perverted, but if Melissa did it…

So, here’s a recent example of my sister’s work.  “Okay, now, Melissa; can you drive it to some water somewhere, and, then, what we want here is…”

It came out a little smaller than I’d anticipated. Sorry, Melissa. Here’s another. “So, now, what’cha do is…”

UPDATE: Archie Endo should be home from his extended business/some surfing trip to Asia, but, maybe because I have his recent mail (and three copies of “The Surfer’s Journal”, fully read) in a box at my house, and his electricity might be cut off and he never did establish a way to leave a voice message on his phone, I haven’t heard from him yet. He’s probably enroute to some rivermouth break right now.

MEANWHILE: Stephen Davis is supposed to be on a train right about now, somewhere between the Midwest and Seattle. There’s a forecast swell  that may (or may not) find its way into the Straits of Juan de Fuca in a few days, and I fully intend to hit it, and I’d love to hit it with two of my surfing friends. And, another meanwhile; I couldn’t wait to meet up with Keith Darrock, camping with his family this weekend, and went surfing on Wednesday; possibly the only surfer out on the Straits, SUP-ing some lined-up rock-skimmers. Though the surf dropped on Friday, it may be coming back up right… right now.

SO: Here’s a photo of Cosmo, landscaping engineer in Chicago (formerly of Port Townsend- check the outfit), and Stephen’s Psychic, whose name, sorry, I forgot. (I’m sure she can feel that I meant no offense in this). 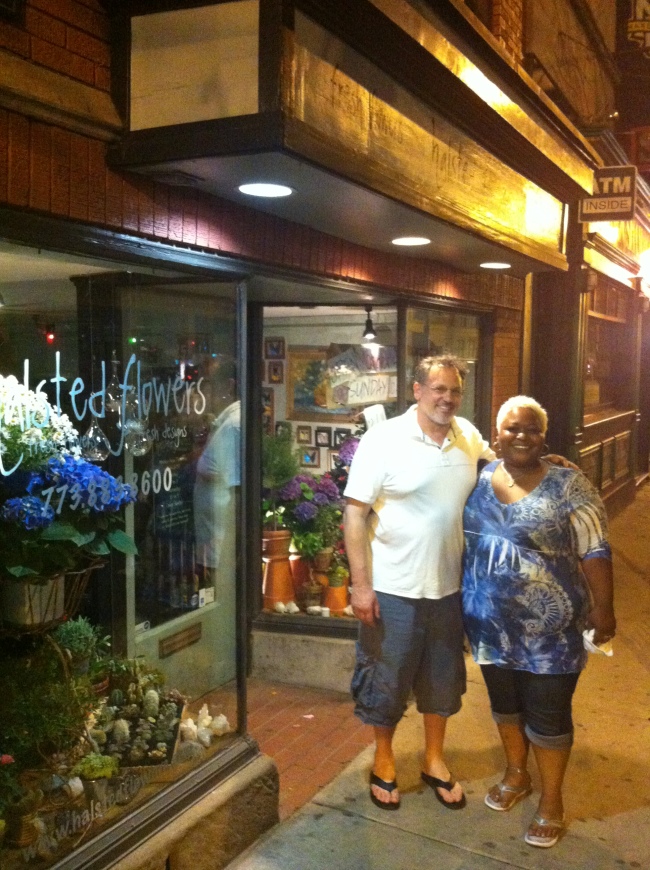 Oh, this one came out large.

One thought on “Downloads and Backwash”