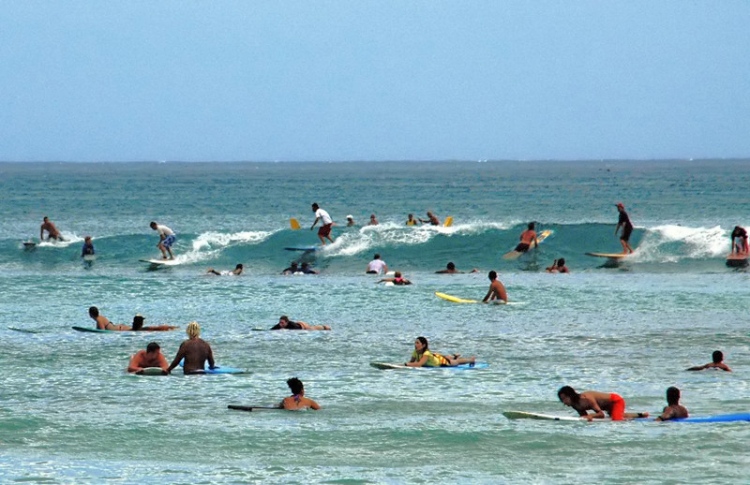 It seems to be important to me, because I’m self employed, because I don’t HAVE to be a WEEKEND WARRIOR; that I avoid surfing on the weekends. However, and there’s always a HOWEVER, sometimes the swell peaks on a Saturday. This is not just true on the Straits of Juan de Fuca; it’s true at the beaches you want to surf. So, on the last weekend of summer, to mitigate the situation with everyone checking out the same forecasts, making the same decisions, and because Trish was out of town, I got up at four am on a Saturday, checked the buoys, loaded up my stuff (if the buoys had looked more promising, I would have done this the night before), fooled around enough to determine if the swell had already peaked, and headed out.

I arrived at my (current) favorite spot before the sun. DAWN PATROL. I probably favor this spot because no hiking on trails and down cliffs is required, my vehicle is in sight from the lineup,  and usually (if there are waves) there are easy paddle-outs around the waves rather than through. There were four other rigs in the parking area when I pulled in, four other surfers suiting up. I leaped (why is ‘leapt’ incorrect?), glanced over at the rights which I’ve called ‘slow motion Malibu’ at their (almost) best (full speed at the very best), and saw it was breaking, so, naturally, I asked the others, almost suited-up, where they were headed.

So, here’s the thing about doing the dawn patrol: You get a few waves and then more and more surfers join you. When there aren’t that many waves and those who arrive are trying, as you are, to get in a maximum number of waves before… before whatever they have planned, you can get a bit anxious, perhaps irritated; and, if that is irrational, uncool, non-mellow, maybe resentful; man; that doesn’t mean you don’t have these feelings. Really, only two other surfers came over to the rights while I was there, but, on the lefts, which are longer, a crowd was beginning to grow. And the parking area was filling up with other surfers waiting for the right signal before entering the water- a bigger set, a few waves breaking on the outside indicator, perhaps waiting for their fast and/or ferry food to settle down.

Because I’m self employed, and because the other reason I went so early was because this wasn’t a weekend for me, I had to go back and work; I was looking for a good wave to go in on. I got one; one of those ‘to the parking lot’ rights, but…

…but I wanted a few more waves, so I moved over to the lefts. Usually featuring long walls, the more crowded side seemed to be offer slightly bigger waves. I caught a few, but had to share each wave with others. I caught a few more. With several sections and quite a few other surfers of varying skill levels vying for each wave, of the ten or so I caught, none were solo rides. If I got into one early, another surfer might catch it farther in but closer to the reef. I’d try to allow room, make a section, be alone for a moment until someone else took off inside. Fine. At least no one yelled, “PARTY WAVE.”

There was kind of a party atmosphere; and I did try to go with that. I’m sure my smile looked genuine. “Waikiki!” I’ve yelled in similar circumstances, tight to the wave with two people paddling just beyond the next section, one I would have every intention to make.

Just wanting this last wave to go in on, and already standing, a guy who had done this to me already turned around to do the ‘take off behind’ thing again immediately to my right. “That’s not right” I said, paused just a moment, sped into a section, turned, and made it all the way to the parking lot, at least two shoulder hoppers backing off as I, spontaneously, rather than the “f___k, f___k, f___k” I’d muttered (probably) a little loud in the last similar circumstance, broke into the classic soul song, “I know you want to leave me, boom, boom, boom…”. I should have been happy with the ‘to the parking lot’ ride. Actually, I was; but, discussing the situation in the parking lot with Clint, a boat repair guy from Port Townsend, with whom I’d had a bit of a non-race race with in the traffic lights in Port Angeles, he said he was just about through with this spot.

It gets crowded, not just because sometimes (in answer to someone else’s prayer) a swell sometimes peaks on a weekend, but because this spot is so user friendly. Everyone else is there for the same reason I go there.

And I don’t want to be is the angry guy, willing to get hostile over knee high waves. Maybe I’m ready for more challenging waves. I asked one of the guys who moved their car into a beach side spot next to mine when someone else left why they didn’t go all the way to the coast where the same swell would no doubt be producing overhead, maybe ten foot waves. “I’m scared of ten foot waves,” he said. “Oh.”  I have other excuses; time, um, a certain amount of, possibly, laziness.

But, right now; I’m planning, scheming, getting ready. There’s a swell forecast that’s too south in direction to make it to the Straits; long period, overhead. The first swell of fall. I’ll let you know how that goes. Meanwhile, Clint went back out, trying the lefts, the party atmosphere continued, someone pulled into the spot I left beachside, I passed at least eight board-topped rigs headed out on my way to go to work. Later, Clint surfed a secret(ish) spot near Port Townsend with one other surfer out.

One thought on “The Last Saturday Surf Session of Summer”