These aren’t the first photos I took with the GoPro my daughter Dru bought from her friend, DJ Trentino, and gave to me; then providing extra stuff I will probably need, including a way to make the thing waterproof. Not trying that yet. Thanks, Dru. Since the site is real surfers, I figure I should have a few shots of other surfers.

Josey Paul, one of the true locals at the same beach. Still no waves. He walks his dogs here daily, but couldn’t give me a report on recent wave activity. He said the area was once bigger than Port Angeles, center for logging, clay mining, bars, prostitutes, you know. None of them probably noticed the surf either. No, someone must have. 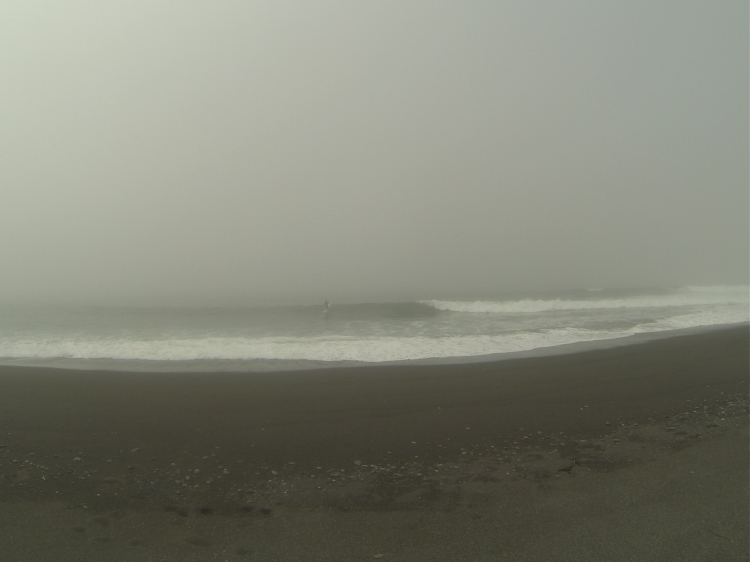 So, I actually surfed at a backup spot, knowing the tide was all wrong, the waves would be (and were) totally closing-out. This is the third place I checked, the second I surfed. A lot of walking was involved. My line on this surf session is: “I wanted to surf there in the worst way; and I did.” I became intimately introduced to the gravel. Also, the guy surfing is on a ten foot board, he’s at least six feet tall; I’m saying the wave is… wait, let me look again.