“Not professionally, not really. Not like you.”
“No,” he said, “what I am is under-fucking-employed.”
It was the wrong day; the swell at the wrong angle, size, and period; the wind and tide not optimal, the forecast slightly north of dismal; and it was rain just-warmer than snow. And it was dark. But, we both were available. We could go. We were going. He threw off the straps, loaded his (probably too short) short board on top of my (probably too big) board, threw the wet straps back at me. That I flinched amused him. I smiled as if I was also amused. And we were off.
“What I need,” he said, along the stretch that seems the most like freeway, more vehicles coming down the onramps, headed for work, “is a sponsor. All the great artists had…” His words faded off as he had to help me pour some coffee from my work thermos into my cup. “I envy those assholes who can just… write. Like it’s easy. Oh, they… I’ve seen these types; going to workshops, hanging out; so, so…But…” He removed the plastic lid and poured some coffee into his cup from some espresso stand he hit last night, “Maybe all real artists were, are, just as desperate as… how’s your work going?”
Maybe I mumbled. Maybe it mattered. Probably not. My work isn’t creative; at least he doesn’t think so. He interrupted whatever it was I tried to say.
“My work;” he said, tipping his coffee toward me like a toast, “it’s like… I mean I don’t have children… you do; it’s like my babies. I send something off and I worry, ‘is it allright? Did I say too much? Too descriptive? Not enough… enough…’ You get it, right?”
“Sure.” Sure.
“And it all… whether it goes somewhere, dies, all depends on some intern who probably doesn’t know shit, or give a shit, or even know something decent from some sort of, um, pedestrian, trite, tripe. Crap.” I just nodded. “You send any of your stuff off?”
“Not in a while. I send some to you.”
“Well. You know…” he exhaled as if he was already exasperated.”If you don’t… geez; is it all so precious?”
No. Not precious. “I’d say ‘high end mediocre.’ High end.”
“Well; dumb it down, dork. Readers want simple.”
“Yeah; but simple’s so, so hard.”
“Tell me about it. No, don’t; might be too complex and, you know, internal and shit.” 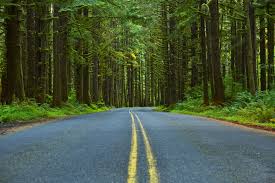 We disagreed on which route would get us through the traffic lights and school zones. I was driving. We went by my route, got stuck behind a bus for a block before I made a cut to a back road.
“It was breaking yesterday,” I said as we turned onto the coast road.
“Who said so?”
“I heard.”
“It’s just, some people exaggerate. If I trust their word… different story.” 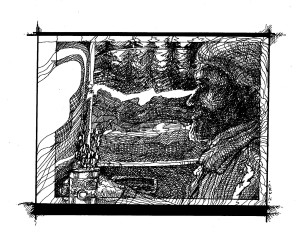 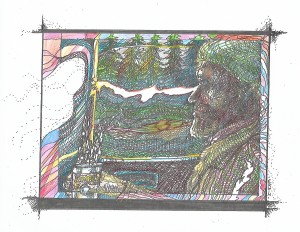 Though we couldn’t see the break from the muddy-rutted logging road, we had already seen there were signs of swell. “Might as well make the hike with the board,” he said as I threw the straps toward him. “Of course, easier to walk with my appropriately-sized board than…” He just pointed. I just smiled, tried to make my board seem lighter than it is, grabbed my backpack, locked the doors. We could hear the rhythm of distant waves while still walking on fairly level ground, a narrow path between trees, ferns and bushes, everything wet, and no fresh tracks.
“You know that story you emailed me?” It had been a while since I’d sent him anything. He was way too slow to reply; and never with anything close to praise. He paused as we negotiated a downed tree in the path, “The one about the, you know… all surfing stories are pretty much alike… huh?” He followed me down the bank, my board sliding as much as being carried. “I don’t want to get hit when you lose your big-ass board. In the water, either.”
I looked around, up. “Which story?”
“I’ll tell you later. Hey, is that a… whooo… wave?”
I won’t bore you with the session report. You might not trust my word. We didn’t talk about writing on the way home; nothing about precious words, nothing about other people deciding whether your words have value, nothing about how all surfing stories are, pretty much, alike.

One thought on “You’re a Writer too; Right?”