Adam ‘Lucky and or Wipeout’ James called me yesterday, Thursday, April 21, just after 2pm. I was talking to a client and told him he’d have to call back. He did, five minutes later; quite excited, maybe more excited than the time he called me back to go over the incredible barrel he made the other evening in Westport on the new 6’4″ Takayama he purchased, or was able to justify the purchase of, because I’m buying his 9’6″ Hobie SUP. Making payments. Soon. Really.

What he meant is, “What do you think I should do?”

I recommended taking a photo of the board some traveling surfer evidently, unknowingly lost off his or her southbound vehicle, and sending it to me. I could post it and tag it, “surfboard lost/found on 101 near Shelton,” or something.

But then… wait a minute; if there’s a photo, no one has to describe it to reclaim it. Hmmm, better think of something else. 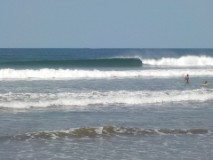 First we have some shots Hydrosexual Stephen Davis sent to Keith “Stealth” Darrock via Facebook (because Trish hasn’t friend-requested Stephen yet). I think the first one is the local surf club. Steve is down there with his son, Emmett, and Scrimshaw Peter; and I told Steve before he left that I’d love to reveal all the secret spots in Panama because, durn it, I’m not going.  And I would reveal all, but I don’t have the information.  I’m sure if Steve described it, or when he does, it’ll start with, “Dude; you can’t even imagine how awesome it was.” And I’ll say, “Hey; why does everyone call me Dude?” 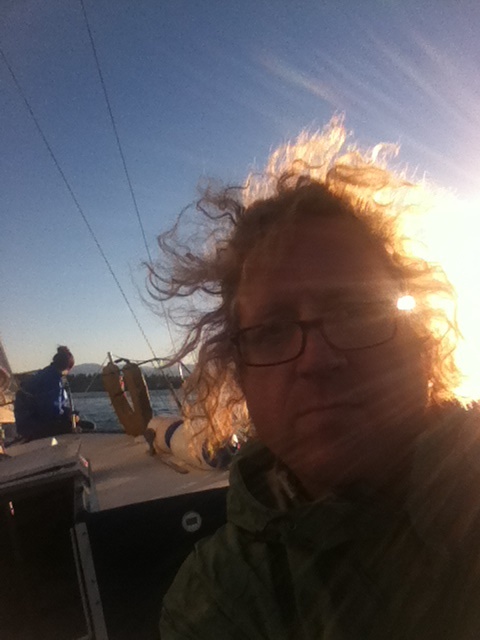 Here’s a photo of Steve on his boat, about to say, “Dude, you can’t even begin to know…” Yeah, yeah.

MEANWHILE, thinking it’s probably not the best to give out Adam’s phone number; and it’s actually kind of a pain to write a comment on this site; if you, by some miracle, find this posting, and you, indeed, lost a surfboard that you can describe accurately, give me a call, (360) 774-6354. Limited time offer.