…instead of Mike, I might have figured it out. As it was, in my usual state of not knowing how to behave in any given social moment, when Tyler, at DISCO BAY OUTDOOR EXCHANGE, busy with yet-another customer, asked LAYLA if she knew me, and she said, “Yeah; I think we met at the beach… with Mike… who used to work with you (I’m still not getting it)… curly-haired Mike.”

It was, obviously, not (yet) ringing a bell.  So, I stuck out my hand; “Erwin Dence. Where you headed?”

I might not remember whatever Mike she was talking about, but I did know that, although a phantom summer swell had sneaked into the Strait a few days earlier, it was gone; smoke was back, heavy fog on the coast.

I was just in Tyler’s shop to give him a copy of the logo I’d been working on (with help from my daughter, Dru), discuss possible t shirts, and, surprise, pick up a check for illustrations he had recently sold; but, it seems, every time I do go to Disco Bay, I run into someone I’ve seen at one of a number of beaches.

Yeah, Mike did work with me; quit me… twice.  So, wait a minute; now I remember Layla. I pulled onto the beach where Squintz  (one of the best nicknames ever, given to him by Brett, who may or may not have broken the glasses he’s wearing in this photo) was taking a break. Scanning the water, there were only two surfers out, and Layla was one of them. Always conscious that any wave activity draws a crowd, I said, “She doesn’t look like a threat.” “You’re an asshole,” Mikel said. “Uh huh.”

A while later, four of us out, Mikel paddled over to me, said Layla had one of those “Oh my God” audible gasps when I’d taken off deep on a wave, and, possibly aware of the variously-sized rocks at various depths; was, possibly, concerned.

“You should consider wearing a helmet, Dude.” This was from a guy who refused to wear booties so he could ‘feel the board.’

Mikel “Squintz” Cumiskey, back in the day, down in Florida, “Feeling the board.”

MEANWHILE, here’s the logo for the front of t shirts I’m working (again, with Dru- she to add some lettering) on for Discovery Bay Outdoor Exchange. And here’s the design for the back. See you there, or out in the water. 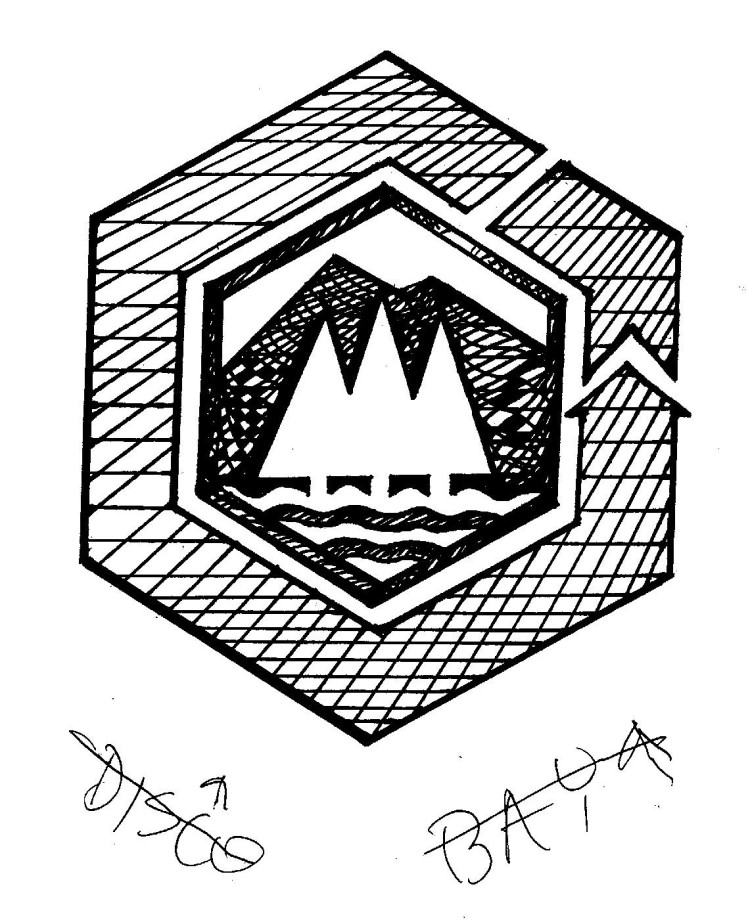