There is no way anyone can say the whole process of placing a whining, crying, screaming, privileged, pampered prick in a previously-honored lifetime position; as he’s  lied-for by power-mongering, power-hungry, gutless, soulless politicians; with, apparently, the support of hateful, spiteful mobs of folks willing to sacrifice any sense of any version of basic human morality is right. 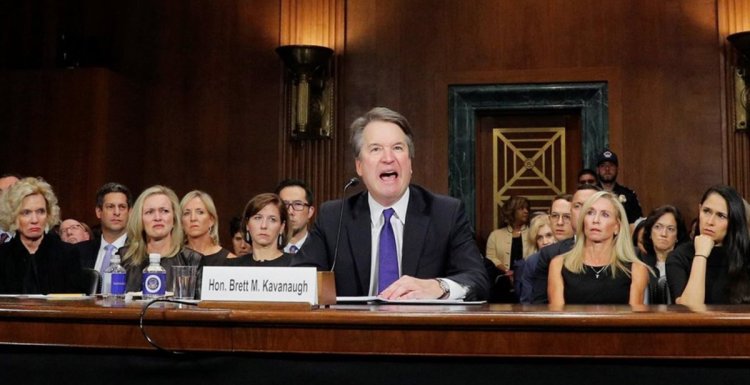 Like gang rape. Not your idea, maybe, but, if you’re not first in line, maybe…

Courage was shown; but not by those who had already made their decision, who had the votes, knew the outcome. “Give us Barabbas.”

Oh, you side with Brett-boy? Fine; check out your own conscience; you might be either a bully-boy who forgives himself, a girl who thought it was all okay, or, really, I don’t know who you are.