Stephen Davis texted this recent photo with the message, “Emmett is on the left.”

Here is a quote from Ralph Waldo Emerson: “Do not go where the path may lead, go instead where there is no path and leave a trail.”

When each of us pass through the water, or, through extension, through life, we leave a path, we throw a wake. Outward. Outward and behind us; molecules disturbed and pushed into motion; people we pass by, interact with; there is a reaction to our actions, there is a difference because of our existence.

A wake (different definition) is an ancient tradition; honoring those who died; telling tales about them; celebrating their existence, the difference their passing by us made. Emmett Davis died, tragically, just a few nights ago; and the word spread quickly.

A path and its wake.

Twenty-two years old, Emmett was part of many communities. There is an admittedly-loose surfing community of those who live and surf on the Olympic Peninsula and Washington coast. Rather than cell phone conversations and texts with the topic usually centered on waves scored and waves missed, on skunkings and forecasts; the unfathomable loss became the topic. Dealing with the impact.

Though we have all experienced the loss of those we love, we do not understand tragedy. We don’t have the whole story, can’t see even a corner of any sort of supposed bigger picture, can’t rationalize grief away, can’t untangle one story from the many. So many stories, pushed forward, bumping and twisting and knotted; it becomes so difficult to believe they all meet on some horizon beyond that which we can see, difficult to believe there even is some sort of reason or order to the universe.

We grieve, and we have stories.

Stories of Emmett; Emmett at the Port Townsend Skate Park, Emmett playing with the children of his parent’s friends, stories of Emmett at school, at work, stories we haven’t yet heard, haven’t bumped into the person who can tell them. 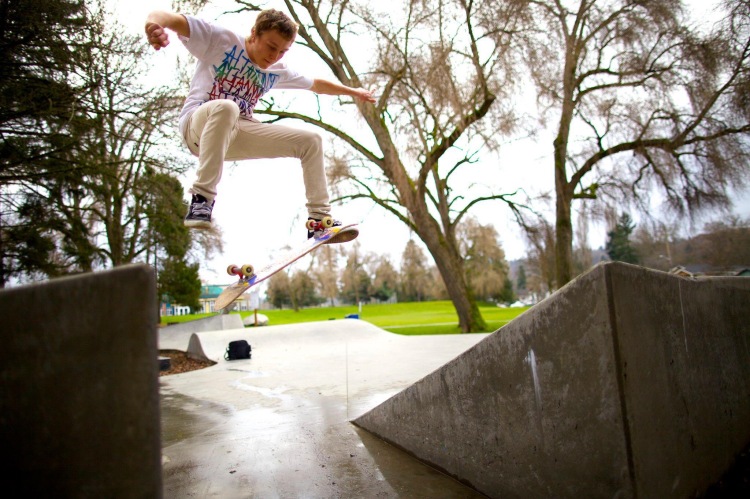 Here’s mine: “Eager,” I told Steve; “that’s how I would describe Emmett.” I saw him with a friend, out on a point where, sometimes, west winds funnel into and blow the entire fetch of the Strait of Juan de Fuca; long period ocean swells mix with chop; tops of waves are blown forward; slower waves are overtaken and become part of larger waves. The water is the easy road for the wind. The waves become just a little more organized. While most of the energy takes that deep and easy forward route, driving down the deeper channels, some turns into explosions against the rocks, protective jetties, rocks moved and piled to absorb that thrust; jetties there to protect that harbor, that bay. Us.

I hadn’t yet made it out the path when Emmett and his friend came, running the other way. So excited, so eager. “Out of control,” Emmett said; “Crazy!” They stopped just long enough for Emmett to tell me they were going somewhere else; just to see. Somewhere else.