The manuscript for “Swamis” is up to, and slightly over 70,000 words.  That doesn’t mean it’s nearly complete.  I just looked at a painting project with a client whose background is in teaching and a knowledge of writing and writers.  When I mentioned the word count, adding I never thought I’d get to 60,000, and now I probably need another 30,000; and that, every time I take the time to work on the novel, I end up tightening up rather than adding onto the story.

“Well,” she said, I tell my students writing is never done, it’s merely due.”

Without going into any particular neurosis, I have similar issues with drawing.  I’ve been concentrating on pen and ink, and only occasionally risk pencil or watercolors.  BUT, for the novel, I want some of the illustrations to convey that soft, backlit look that John Severson accomplished in the early “Surfer” magazines.

Yeah, well; this is easier said than accomplished.

Incidentally, since, in “Swamis,” ostensibly a memoir, I steal stories and experiences from myself (and others), give them to the narrator, Joseph DeFreines, Jr.; and because I want people to know Joseph is not me; I have included, along with fictionalized versions of real people from my life, a character named Erwin.

So, that Erwin is the illustrator.

I think he is, also, a bit neurotic, unable to decide on his own when something is truly complete.  SO: 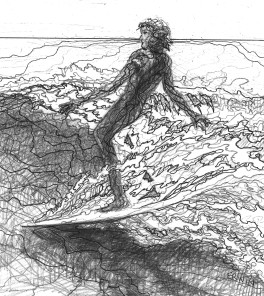 The first illustration, above, is the pencil drawing scanned in black and white, the second was scanned in grayscale, the third, after I (I mean Erwin) went back in with ink. 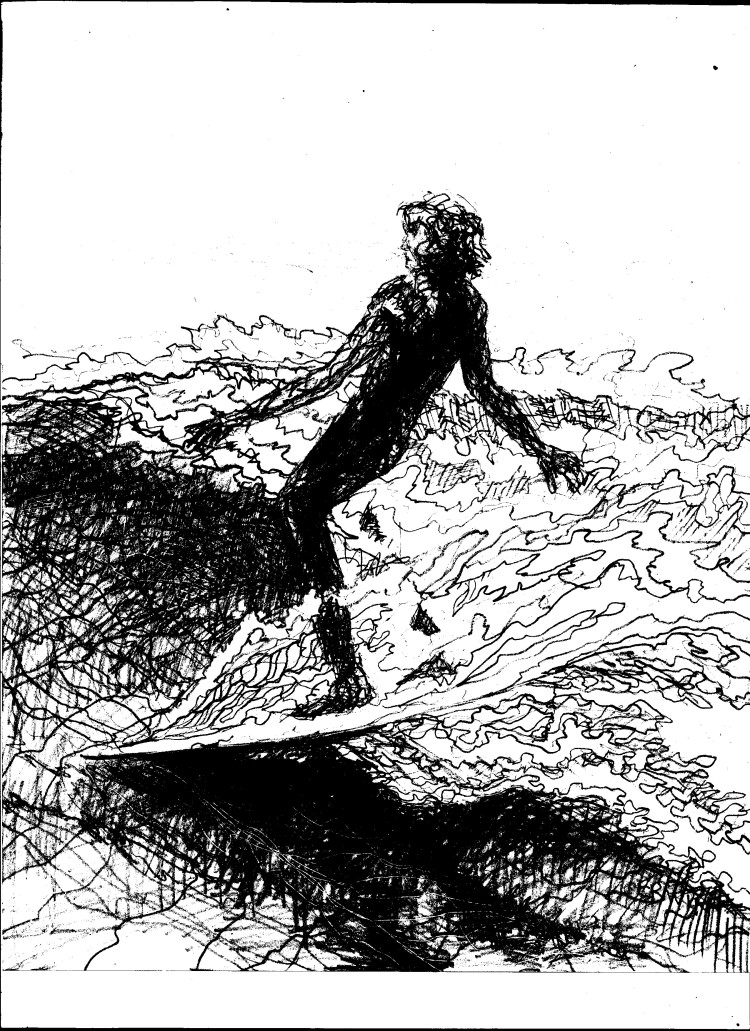 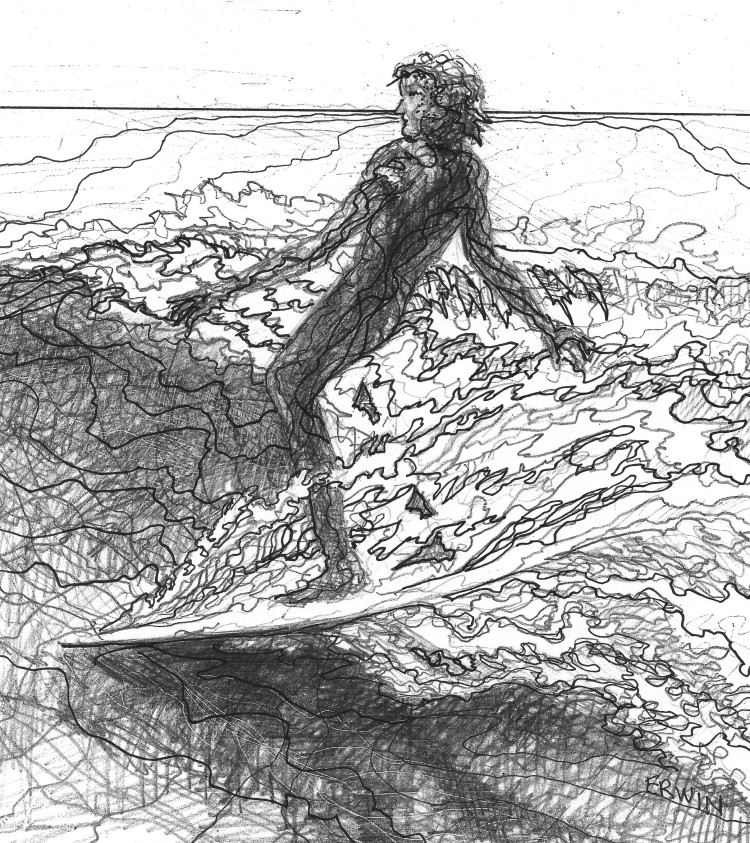 I do kind of like the underlying white lines from laying it out with a very hard pencil, as I was taught in art classes at Palomar Jr. College, back in 1969.  Maybe…

Should I add that, now that I’m getting closer to the end of the story, I’m getting a little bit paranoid, a little less willing to share the various storylines?  NO, probably not, but I could tell you that I know who killed Chulo, not sure who killed Joseph DeFreines, Sr.