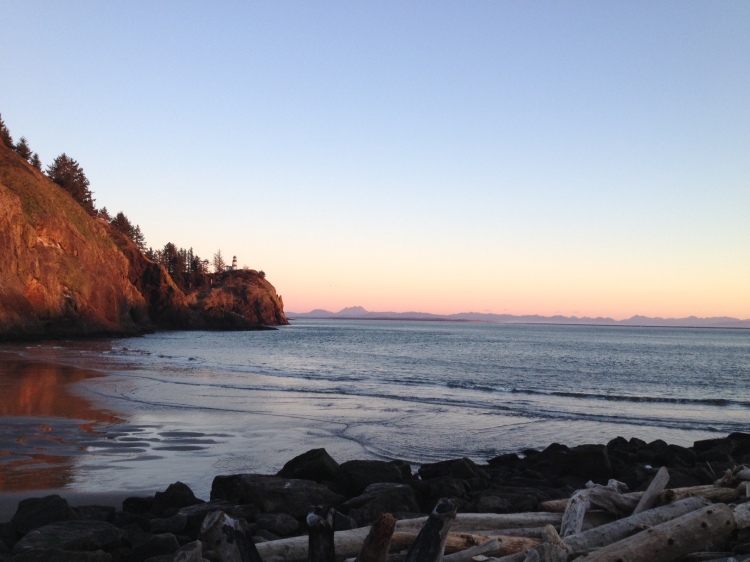 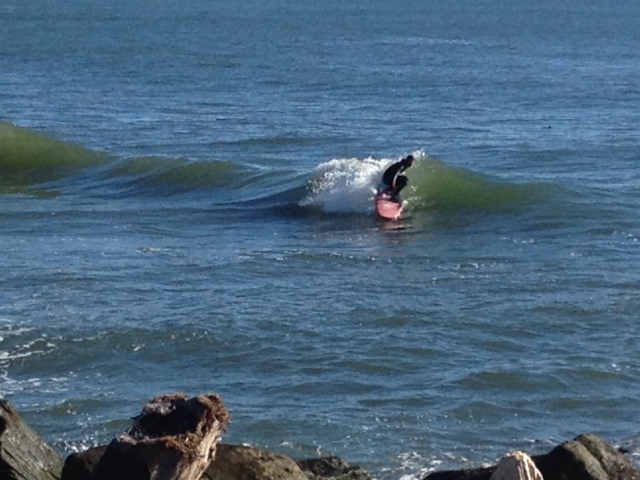 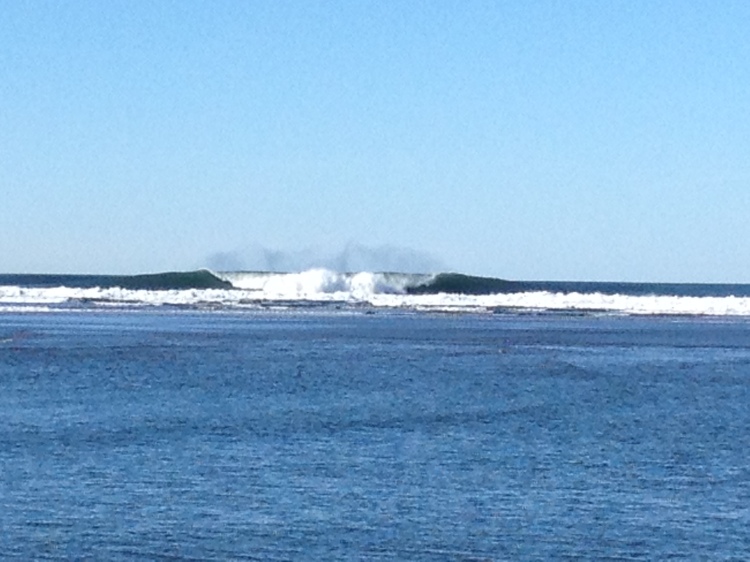 While they were getting deadly (for surfers without Hepatitis protection) rain on the southern most reaches of Surf Route 101, and nothing was happening, surfwise, on the far north section, one intrepid Straits surfer headed down and out, found some waves down near my Dad’s house. Allright, I can’t say more except to say that, when I go visit my Dad, I usually drive across the bridge, through the westernmost part of Astoria, and head on to Seaside or Short Sands; and, when I called him to ask about waves close to the harbor where the sport fishing boat on which he worked (as a 55 year old bait boy) was kept, safe from the sometimes wild waves from the open ocean and the notorious bar the boat crossed twice a day.

No more hints, even if you think you recognize the take-off-and-tuck style of the surfer on the red board. Oh, and the clean-looking wave, breaking into an offshore wind? I went to that very spot, known by locals as a spot where all kinds of sealife shares the water, bodies frequently washing ashore, with surfers brave enough to brave the… no, I haven’t surfed there; yet.

But, my Dad’s 91st birthday is coming up; and there’s still no real swell showing that might hit closer to my house on the Surf Route, and my father’s house is a block off the same highway, about three and a half hours of driving and… I’ll let you know.