HEAD SONGS- It may have been an early Fleetwood Mac instrumental playing in my head. Whatever it was it was perfect for the afternoon, some mix of northwest swell and just the right tide creating fast lines from near Pacific Beach Point to the south end of the parking lot at Tourmaline Canyon. It was turn-and-tuck on each thin, fast, backlit wave, tuck until you are finally engulfed by the tube. 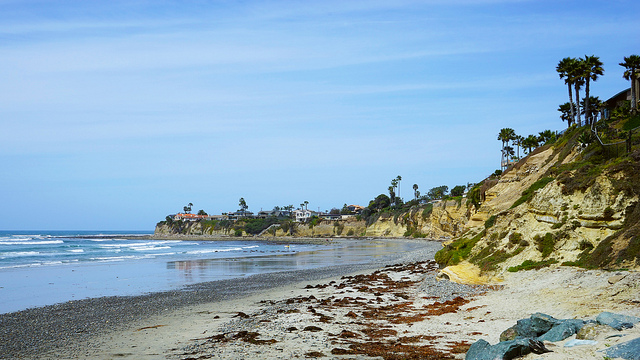 SUMMER SOLSTICE: The longest days in San Diego seem to end by 8:15 or so. In the three years or so, starting in November of 1971, I lived in PB, just up the long steep drop to the parking lot, I always checked PB Point. It seemed like there should be great, Swamis-like waves there; there just weren’t. No, not ever. On one summer day, unlike the first story (and probably with a different tune moving as a different wave in my head), the waves were peaky, with the best peak halfway to the actual point. I went out after work and stayed long enough to walk back up the hill in the dark, across the street to the La Jolla Bella, long since, I’m sure, condo-ed out and priced out of reach for a newly-married couple, even if both work.

ANOTHER SUMMER DAY, not working on workday, I was out on a little peak just off the actual point. Starting out shoulder-hopping, I was soon mid-peak, then back-dooring the wave, most likely on my Surfboards Hawaii twinfin, the going-right fin moved as far forward in the box as it would go, the going-left fin back because, if I must explain, I surfed differently going backside; more forward-trim going right. I also had my first leash/kookstrap on the board, already shortened by breakage because they were then made out of something like surgical tubing, effected negatively by saltwater corrosion. So, mid-peak, I took a hit, the board slid out from under me, the leash dragged me, kicking and clawing, across the reef. I came up with green stuff under my fingernails. Perfect. Go again.

WINTER SOLSTICE: On the shortest days of the year, it seems, as I remember, to get dark in San Diego somewhere between 4:30 and 5pm. I mention this because, in the Northwest, way farther north, but also farther west, the longest days go close to 10pm, but the shortest days turn dark before 4:35. Interesting. Not really, but, on one of those winter afternoons, PB Point was working. It was, and I don’t exaggerate on wave size, six feet. I must admit I’m daunted by larger waves (less daunting, more excitement on a point break compared to a beachbreak), but I found myself comfortable. And the waves just got bigger, until, just before dark, it was, by my standard, eight feet and I was still more excited than concerned. The darkness closed in so quickly, exhausted, looking way down the beach toward the lights, that I decided to go up the cliff. I climbed a fence or two, went through some rich person’s yard, and walked back down the road toward home.

ONE MORE STORY: My friend from Fallbrook, my first surfing accomplice, Phillip (long since Doctor) Harper, and his first wife, Pam, because they had to work weekends, would often come down to San Diego, or we’d meet at Swamis or somewhere, on a Wednesday or Thursday. On one of these visits, Phillip and I were surfing quite small and pretty crappy beachbreak at Tourmaline. I wiped-out on a wave, my even-shorter leash wrapped around the back of my board, and, when I came up, the board hit me right in the eye. What was interesting was, because I thrashed (and still thrash) boards, and rarely patched them (or patch them), a week or so later the glass on the nose of the board was broken away. It would have been a different result, Jack.

OKAY, TWO STORIES: That board was getting so thrashed that I would frequently go home with several new cuts on my legs from the board. On one winter afternoon, the tide very high, most of the surfers not catching any waves, I was taking off, kicking-out close to the shore riprap, close to the parking lot. When I got out, a tourist, an older woman probably escaping snow or something, said, “You look like you were having the most fun out there.” “Probably was,” I said, some new line of blood running down my leg.

THESE DAYS, because I need new gloves, I seem to get a new wound on my hands from each session, though, donning my old (properly thrashed) suit for a second session, recently, I noticed, later, that I had new scratches on my knee where the wetsuit was ripped. Should repair that.