The actual drawing is a bit too big for my scanner. This is, however, most of it. Thinking posterization, I started the drawing on Saturday, worked on it off and on, then, up early on Sunday to maximize the pre-game preparation, I added more up to and during the Seahawks/Vikings game. 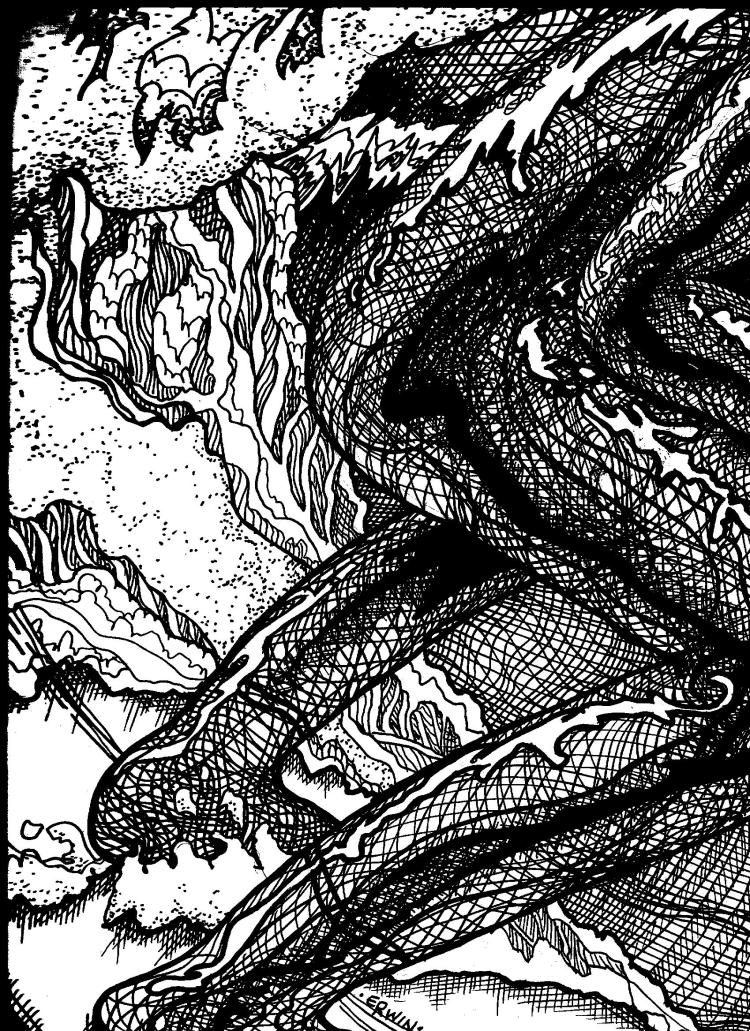 When I decided, sometime after my wife, Trish, decided she couldn’t watch any longer, probably about the end of the third quarter, with the Seahawks behind 9-0, that I should pay more attention, give a more focused fan, um, whatever it is fans, and, in particular, fans watching on TV, might be able to contribute to a team effort, I set the drawing aside.  I went back to it before and after dinner, put my name on it some time during our delayed viewing of “Downton Abbey.” Look for a color version some time before the Seahawks take on Carolina next Sunday. I’ll be listening to most of it on the radio, cosmically cheering, as Trish and I have decided we can’t really watch close games together.   GO HAWKS!

Meanwhile, I’ve been trying to will some favorable buoy readings. Okay, I’ll focus a little more; see how that works.

One thought on “On Wildcard Sunday…”