There is just too much tension and guilt on the fickle Strait of Juan de Fuca right now. TENSION caused by too many surfers showing up any time there’s a chance of actual waves actually breaking, GUILT from believing that talking about, and worse, writing about, and way worse, sending photos of anything bigger than a dribbler, sharing too much information with too many people.

SHARING; who’d have guessed it’d be a bad thing? We’re all taught to share from pre-school on… but Damn it, we don’t want to share. We’re surfers, ready to go it alone. That is, if we have to.

BUT, maybe we’re all POPULATION DENIERS. I’ve often said “Uphere (the Pacific Northwest) Now is like Downthere (Southern California) Then (the mid sixties, still post-Gidget, like it’s her fault).” And it still is, and it has been- a low surfer/spot ratio; call a few friends to have someone to go with; an opportunity, an adventure, sometimes finding a good and uncrowded spot to surf; and a chance to make new friends. But, it’s now more crowded, and likely to continue in that direction, but, with the coast being pretty harsh, and jobs mostly inland; the chances of… yeah, more crowds, it’s happening; and sorry, it’s not ALL my fault.

In an attempt to chill the fuck out,  I’ll never post a photo of a recognizable NW spot, or name even a well known spot, and, maybe you remember my heading photo, riding a seemingly-endless wave. GONE. Obviously too many kooks saw that shot, asked ‘where is that; I gots to go there,’ and, boom, 37 people in the water.

I did start this site to get my drawing out there, and to write about my former surfing experiences; never really thinking that I’d have such a vibrant current surfing life. And I’ve loved it, and do love it; but now the BLAME game is in full play, and I’m on more than one list. Gidget, people aren’t hip to Gidget; we now blame people who are just too damn chatty, too exuberant. Well, most of my surfing career has been on my own, surfing in crowds, none of the members of which could be classified as friends. GHETTO MENTALITY. I wasn’t loud in the water; I competed for the best waves. I’ve done it; and I can still do it.

It is fun surfing with friends. More fun, even; all bullshit aside; and there is that TRIBAL thing; most of us willing to admit we want to be part of that often-dysfunctional group. “Oh, you surf? Hmmmm.”

SO, I’ll be following my friend, Hydrosexual Stephen Davis, currently on a solo trip towards Mexico. I’ll be doing some drawings ala Griffin/Stoner (Who?), but right now, I’m posting a few shots he’s sending me. If it’s your local spot, or you think it’s a secret; I don’t care. It’s not like you and I are friends. 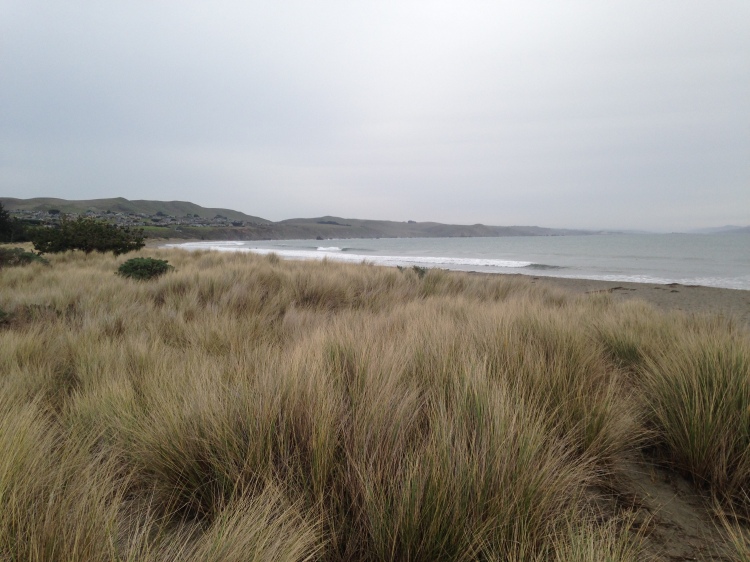 Don’t let the lack of crowds fool you, though Stephen said he surfed a really good point break with seven or eight others out, and everyone “Was pretty nice. Sharing.” Whoa; there’s that word again.