Then there are the times the conditions look great, you cancel a few things, put off a few more, and go. Not epic, not all time. If you’re lucky, you can get a session under the ‘practice’ heading. “Practice for what?”

You know; for the time you’re the one who hits it right.

Meanwhile, I am continuing to work on illustrations. 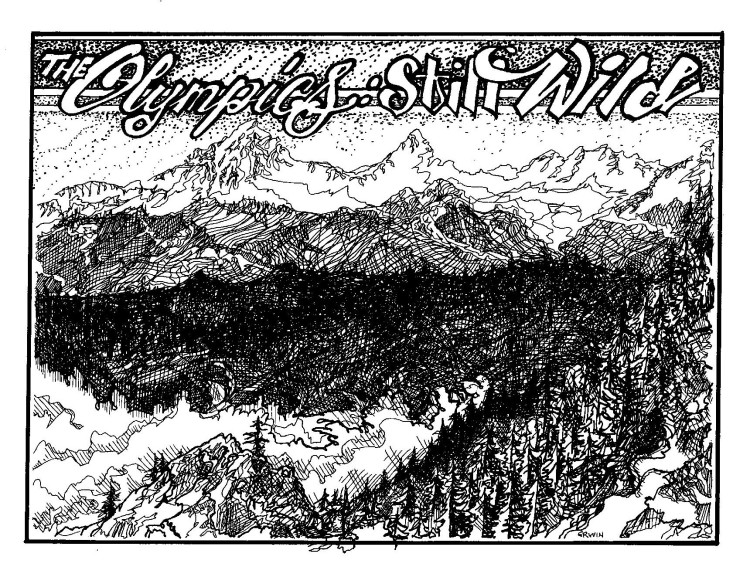 I have a couple more I’m taking to The Printery in Port Townsend today. One is of “Hobuck,” the other is a sort of Northwest version of an Aloha print. I’ll explain later. Later.

Meanwhile, if you’re cruising to the wild Olympic Peninsula, stop off at Tyler Meek’s Disco Bay Outdoor Exchange on Surf Route 101, Thursdays through Mondays. He has gear for all your vices, and some of my illustrations.