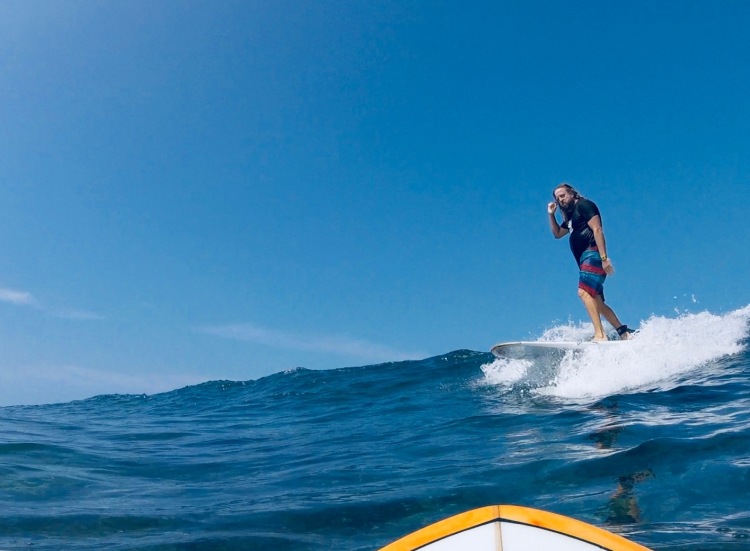 I think the message AND the photo are a bit tongue-in-cheek, hence my title for the piece.  Evidently Stephen is not in immediate danger from the volcanic eruptions. But, yeah; the water looks so warm, and I was, indeed, sucked-in by the comment.

It looks like Steve and “Cap” (maybe Stephen doesn’t actually know Cap’s real name- or isn’t allowed to share it- or maybe not with me) seem to be riding a few chunky waves; taking a break from painting Cap’s catamaran. Steve has been doing some crew work on the legendary vessel built by Woody Brown (also legendary), and the boat is, again, evidently, being sold.

Steve did offer me an opportunity to go over and participate in the painting, but, one, I’m too busy painting here, and two, I might not look really good in board shorts.

And, three; if I go to Hawaii, I might not want to work. Aloha.