Yeah, Steve, was evidently not being chased by Big Island volcanic magma, and was, in fact, just out of the water after surfing (okay, I didn’t forget where, but my brain kind of went out, like the spotty cell phone connection, when he said the name); and, evidently,  had done some carpentry work, but was not painting Cap’s catamaran, which, apparently, the new buyer will purchase pretty much ‘as is’.

“Did I tell you someone found my stolen kiteboard, out on the Coyle?” “No. What?” “Yeah, someone, maybe; was breaking into this other guy’s house, and, maybe it dropped out of a pickup or something. Are you working out that way?” “No.” “Okay” “Hey, Steve; what about the…” “Hey, I’ll let you go (people always act like it’s not them who wants off the phone, but a favor to you, or, in this, and other cases, me), you’re kind of breaking up.” “No, I’m not; I can hear you…” Click. Fine.

So, here’s Stephen doing an El Pollo (again, pronounced el poy-yo’), not in the tube. 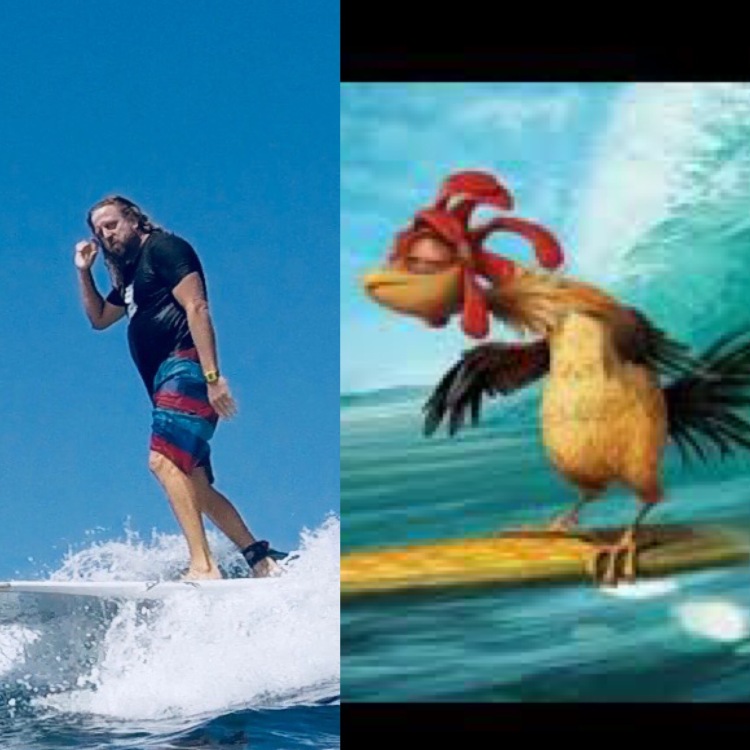 Here’s a wave, breaking, somewhere, but, evidently, not on the Strait of Juan de Fuca (pronounced, since I’m being a bit pedantic, ‘whan- day-Fuke-ahhhhh’). Adios (okay, ah-de’-ose).