Hey, it’s December tenth. This is when, traditionally, I seem to run out of painting work. Not always a joyous thing.

I got laid off from a temporary position with the Civil Service on December tenth. It was a reduction-in-force in Civilservicespeak. RIF. I had reluctantly gone back to work painting for the feds after a two year separation due to my desire to hit the big time as a contractor; a career move with a shaky start (and why I gave up on big-time commercial projects- not a shark, stay out of the shark tank) that cost me dearly (five months working for free, loss of retirement drawn out, first time dealing with real depression, blah, blah); though I did lose a lot of weight.

Yeah, but that was twenty-five years ago or so. I’ve gained all the weight back. And, yes, then some; but I was really pissed-off because they, supposedly, kept employees with special skills. I was pretty much the only classically-trained and the most skilled sign painter, but never did learn the most important Civil Service skill.

I’d tell you what it is, but you might think I’m KISSING UP.

Another December 10th it was announced by one of the main general contractors that I worked for that he wasn’t receiving all the money from a project he had asked and planned for, and he was going to share that misfortune with his subcontractors. Joy.

There are other examples, and, maybe, like saying the surf has always been good on Thanksgiving, I’m using the date as a sort of marker of all the DOWNSIDES OF THE SEASON; the reason people celebrate the various holidays in the darkest days of the year. Yea, we’re alive!

ALL THIS, really, just got rolling out of my fingers as I wanted to write something about how I don’t have HOLIDAY GREETING CARDS ready to sell at TYLER MEEKS’ DISCO BAY OUTDOOR EXCHANGE.

I’ve been busy. But, here are a couple of examples of cards. If I get my job finished early enough I might have some time to get to the printers. I’ll let you know. 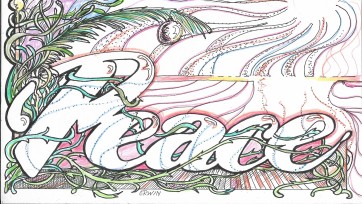 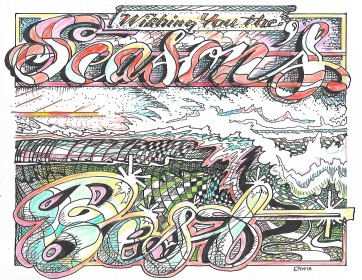 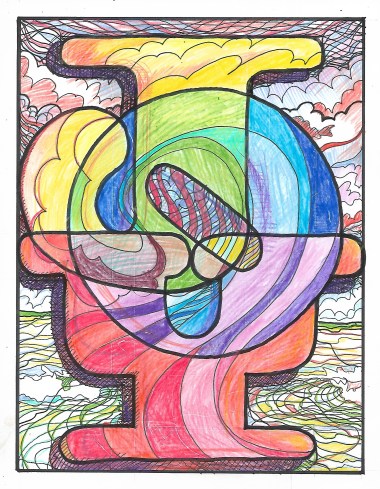 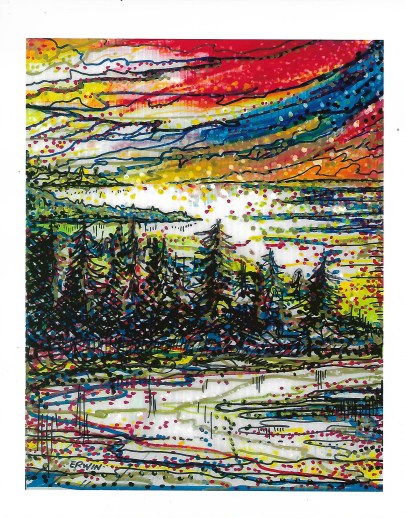 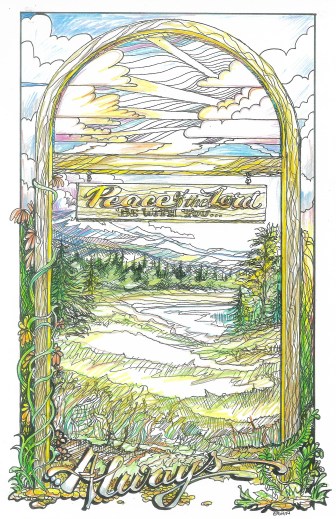 Available soon. Shit, I have to get going so I can finish up another job. MEANWHILE, best to you, including some waves. I hear they’re, traditionally, good this time of year.