Maybe you check the World Surf League site often, even knowing the big time contests are, like just about everything else, on hold, put off, or just plain off; maybe hoping there’s a little video or something  that might give you some inspiration.

If so, you could easily find the photo that I have adapted for this drawing.  I won’t say copied because it’s like, if ten people draw their interpretations of the original Mona Lisa or a statue of David, which one is a copy?  Which one, objectively, does the original justice?  Also, this isn’t the final version.  I’ve done some printshop magic, reversed the black and white, and added some highlights that will, hopefully, add to the same feel that the original photo has.  I’ve also reversed the image (going left rather than right), made some other changes. 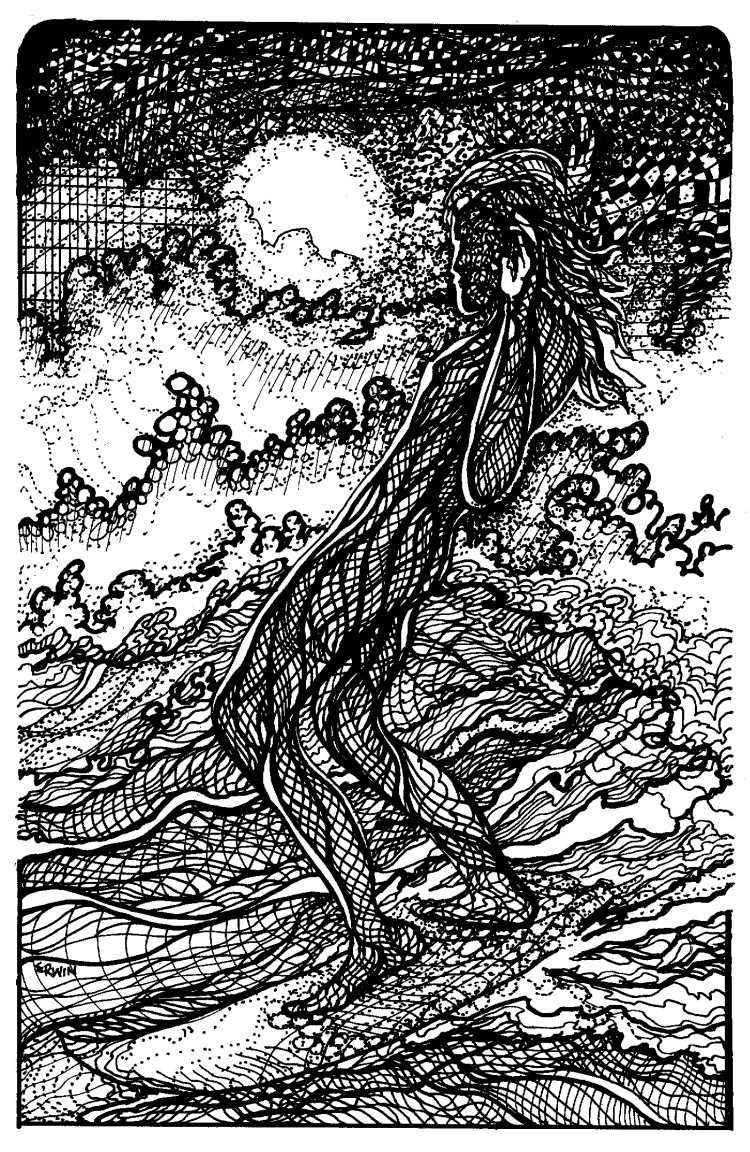 Oh, yeah; after Keith Darrock, Olympic Peninsula soul rebel and librarian whose library is currently closed to the public, said “the nose of the board is a little too kicked-up and pointy” I fixed it.  So, sure, I can adapt.

I’m getting ever closer to finishing a full manuscript editing of “Swamis.”  Keith and I have discussed the possibility of doing some sort of online reading.  We’ll see.  I would, of course, let you know.

I hope you’re all hanging in here, adapting to whatever new reality this is; and getting a few sliders when you can.