…and two new realsurfers Coloring Book possibles. First, Stephen is back in the cold, snowy and great Pacific Northwest after, I’m not sure, but a long time away, Hawaii, Baja, California, Oregon. He hit Seaside yesterday, just in time for slight offshores to change back to howling onshores. I actually tried to find him in the parking lot on the… geez, is this a secret?… camera. The movement of the camera was too jerky and I was getting competing phone calls about work, real life stuff; never caught him or his van (the camera seems to usually be focused in on something other than the actual waves; which is fine) did catch the beginning of another round of sleet.

Next, evidently, after making some money, Stephen is planning on returning to Hawaii, but not before he fills in a few details and shares a few stories.

Money. Yeah. If he’d had more, Steve says, he’d have stayed longer. Not much sympathy from me, actually. 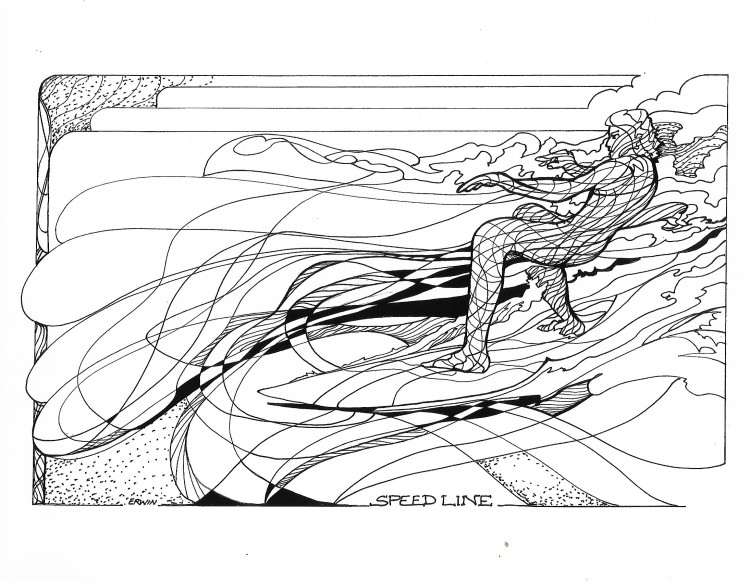 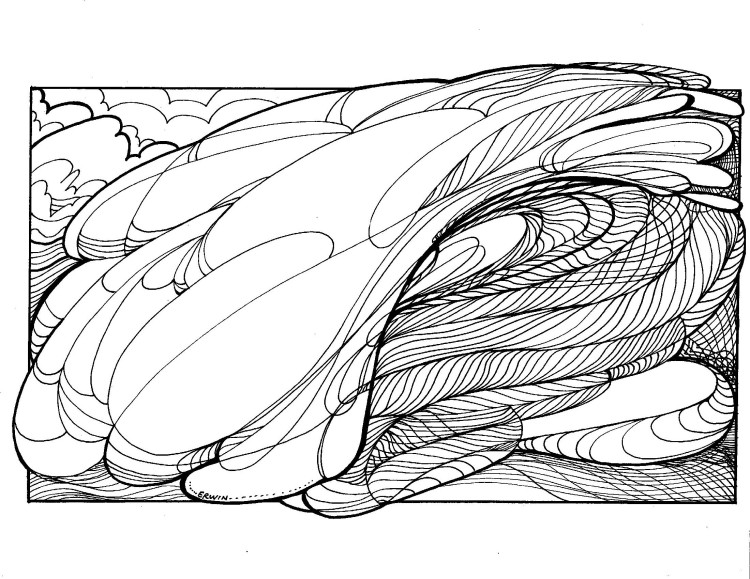 As always, I showed Trish the new illustrations. “Uh huh,” she said of the “speed line” drawing, “You should add some flowers,” of the second one. “It’d be more… I mean, I’m thinking this is black and white and psychedelic, but, flowers…?” “People like flowers,” she said. “Uh huh” I said. Saving one without flowers, I’m going to add some flowers. Like everything, more later.