Trish recommended I add some flowers to a sort of abstract wave drawing I did. Hedging my bets, and because I wasn’t really sold on the idea, I got some copies of the non-flower version, then drew the flower outlines onto one of those, got copies of that, and then, this morning, added some color to one of the smaller (eight and a half by eleven) versions. 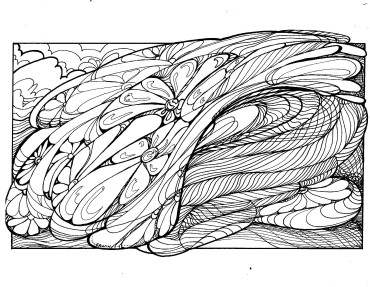 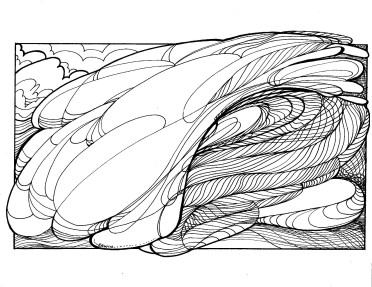 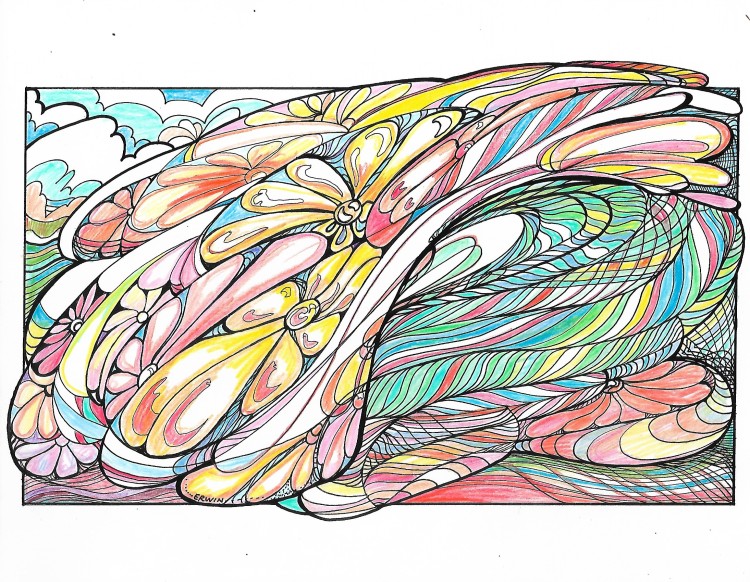 Tilt your monitor/screen until the deeper and richer colors show up. It will be available for you color to your satisfaction in my next version of the realsurfers coloring book. Soon. Since I keep drawing, I’m going to produce limited editions, 20 or so each run, 48 images per copy, each with some favorites, some new drawings.  I’m hoping to get some done  tomorrow, run them down to my sister, Suellen (who got me into my surf addiction when she let me ride/hog her new-to-her Hobie back in 1965), before she heads up to Alaska.

If you want one, write me at realsurfersdotnet@gmail.com

Okay, I’m adding a couple of the cartoons not-accepted by “The New Yorker,” which, of course, they should have printed, but didn’t. I do have a “Blog,” “Stuff That Goes On,” at the “Port Townsend and Jefferson County Leader,” and was trying to post them there. It looks like I could only do one at a time, and I wanted to do these two. SO: Here’s my money and/or politics collection: 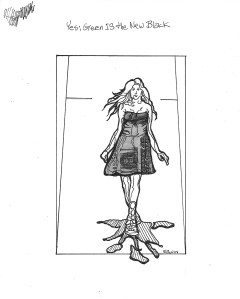 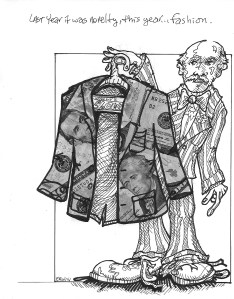 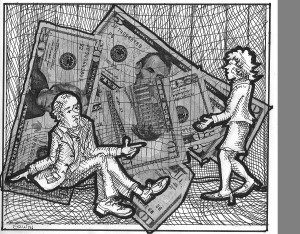